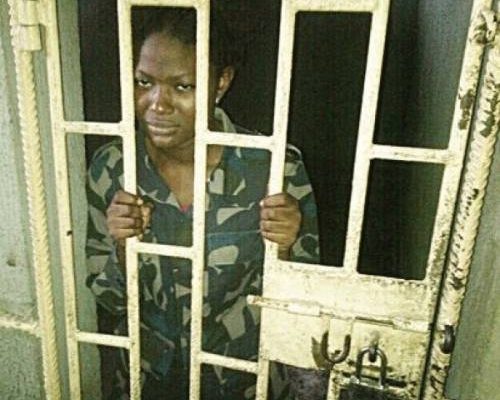 The regional court says there is no “amount of money enough to compensate a teenager gruesomely raped by her superiors on her way to womanhood”.

The ECOWAS Court of Justice on Friday in Abuja ordered the Nigerian government to pay $200,000 in damages to an ex-air force woman who was illegally dismissed by the Nigeria Air Force (NAF) after being allegedly raped by a superior officer.

The money is about N96 million at unofficial exchange rate and about N76 million at a parallel market’s rate.

Ugbei Uzezi, in her suit presented before the court in 2019, said she joined the Nigeria Air Force in 2010, and was “brutally raped” by his superior officer, B. S Vibelko, a flight lieutenant, in 2011.

She was dismissed in 2015 at the peak of the victimisation, intimidation and harrassment that she faced after she reported the case to the Air Force authorities, her court documents stated.
A panel of the court, in its judgment, delivered in the suit instituted by Ms Uzezi ordered NAF to investigate and prosecute the superior officer, Mr Vibelko, over the alleged rape.

Judgment
Sahara Reporters quoted Dupe Atoki, the ECOWAS Court judge who delivered the lead judgment of the panel, as describing the applicant’s experience as “undeserving of a human being”.

The judge added that “the brutal rape of the applicant is beastly, undeserving of a human being, and the failure of the Nigerian Air Force to investigate and punish its perpetrator is a show of impunity by the Air Force and the Nigerian authorities.

“The Nigerian Air Force and the Nigerian authorities are hereby ordered to arrest, investigate and prosecute the perpetrator,” adding “what amount of money is enough to compensate a teenager gruesomely raped by her superiors on her way to womanhood?”

The court ordered that her dismissal be converted to retirement with attendant benefits.

The court also ordered the Nigerian government to pay her $200,000 as compensation and a report of compliance be submitted by the Nigerian authorities within three months of being served notice of judgement.

Suit
Ms Uzezi had in her suit filed through her counsel, Marshal Abubakar of Femi Falana’s law firm, stated that she was enlisted into the Nigerian Air Force on August 15, 2010 with Service No NAF10/25157F.

She said during her over five years of active and meritorious service, she worked at various military formations including the Nigerian Air Force Base, Kaduna, the Base Services Wing, Abuja and lastly the Air Service Wing, Ikeja, Lagos on military assignments.

She recalled that on May 17, 2011 she was “sexually assaulted, brutally raped and de-flowered” by her superior officer, Mr Vibelko.

According to her, the development resulted in her being admitted at the accident and emergency ward in 345 Aeromedical Hospital Kaduna.

She said her health suffered greatly, and that she contracted “severe sexually transmitted infections as a result of the rape”.

She said her male superiors, rather than investigate and mete out appropriate sanctions, “subjected her to unprecedented intimidation, victimisation and threat to her life”.

This inhuman treatments, according to her, “included being regularly locked up in the guardroom for no reason, being placed on constant punishment duties, being constantly accused and put through various degrees of punishment and imprisonment with hard labour and often dragged through the ground and beaten to coma while nude resulting in bruises all over her body”.

The applicant claimed that she also received death threats from several officers of the Nigerian Air Force, for daring to report an officer who raped her.

She also stated that regimental entry was made into her file stating that she should never be promoted with her colleagues, adding that this continued until her unlawful dismissal.

She noted that she was orally dismissed from the Nigerian Air Force and unlawfully evicted from her official residence Flat 445 Nigerian Air Force, Ikeja, Lagos, without adherence to the statutory provisions in the Armed Forces Act.

Prayers
She had among other prayers sought a declaration by the court, that her purported dismissal from the Air Force by the respondent without arraignment, prosecution and sentence by a duly constituted Court Martial was “irregular, illegal, unlawful, null and void, and that the act of the respondent herein constitute a violation of the Applicant’s Fundamental Rights to fair hearing as stated in the provisions of SECTION 36 (1), (5) of the 1999 Constitution of the Federal Republic.”

She sought an order “compelling the respondent, its agents, organs, servants, privies to pay her $20,000,000 as aggravated and punitive damages that will serve as a deterrent to the respondent, and another $500,000 as the solicitors fees and other incidental cost.”

She also asked for “an order of the court directing the respondent, its agents, organs, servants, and privies or by whatsoever name called to convert the purported dismissal of the Applicant to retirement at the rank her contemporaries in the Nigeria Air Force occupy as at the time of enforcement of the Judgement.”